Germany’s NEW Immigration Laws: What Changed for you?

This Tuesday Germany’s coalition parties discussed the pending changes in the immigration laws and arrived at some final conclusions. Many journalists are seeing it as a politically risky push to fill all-time high job vacancies in Germany and to stabilize the public pension system which would otherwise collapse if Germany’s workforce keeps on shrinking at such a speed. Low birth rates and ageing population is pushing the Government to open gates for more migrants, but as a consequence to the high influx of refugees in Germany from Middle Eastern countries, this law is making the life easier only for one kind of people: highly qualified or highly skilled people from non-EU countries which includes people who have done their Bachelors, Maters, Ph.D. or have more than 3-4 years of work experience in their own field. Let’s discuss the points of this new immigration law in detail with reference to the information provided on the Deutsche Welle website.

Till last Tuesday, skilled workers and academicians with qualified training and education were able to work in Germany only if the ZAV (Zentrale Auslands- und Fachvermittelung) or the Federal Employment Agency would identify a need in the market for that specific job. These restrictions are being eliminated now. Anyone who has completed a qualified vocational training like a Diploma or the other types of “Ausbildung” like carpentry, plumbing, repair work etc. along with the people who have a degree course, and have a signed contract, are to be allowed to fill the position. Previously, there was a requirement check whether or not a citizen might have been able to take the job before approval could be given. This will practice will no longer take place. Although, the government is still reserving it’s right to quickly introduce restrictions to protect local workers. 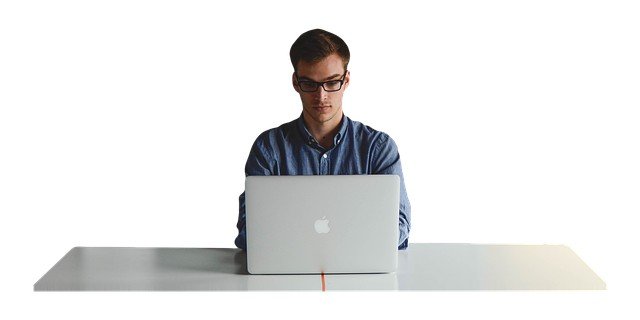 I have personally seen Jobseeker Visa applicants getting rejected because the field in which they would like to work in Germany didn’t have much demand at that time, but now, these kinds of rejections would become extremely rare. Those who are interested in working in Germany will have the opportunity to come to the country for up to six months to look for a job, but they should have qualified education or training. Social benefits like unemployment money or support to pay the rent of the house will not be accessible during that period and they also have to show before entering Germany, that they have sufficient funds to sustain themselves here. In a previous version, incoming workers would have been allowed to take on work below their qualification level to secure an income during their job search, although this didn’t end up in the final version.

Is it Good News or Bad news for you?

The recent changes in German immigration law is an extremely good news for you if you want to come to Germany after your Bachelors or your job to find employment in Germany. The only people for whom this isn’t a great news are the ones who wanted to come to the country in illegal ways. The law has become more strict for unqualified or unskilled labours after the unprecedented influx of asylum seekers, mainly from Muslim countries in the Middle East, as a calculated measure by the coalition government to prevent the AfD from gaining an even stronger influence in the next elections. It used to be very common earlier that people would come here on any kind of Visas, claim asylum by stating threat to life in their home countries and it was difficult for the Government to deport them because of some loopholes in the immigration laws which the lawyers were able to easily exploit, but things will only become more strict now. The coalition party even stated that “We need smart people” and that’s what the new policy is going to implement through its leniencies for highly qualified and skilled labour.

This literally is the golden chance for you, if you want to move to Germany and start a beautiful life here. The living standards are nice, there is no unnecessary stress and the opportunities that you receive here because of well established multinational companies and businesses are immense. Finding job wouldn’t be a problem when you are coming to Germany but I would highly advice learning German before you fly to this country for just about anything. There are people who almost encourage others to not to learn German by showing that there are people who received jobs in major companies, mainly in the IT sector but what they wouldn’t tell you, or they don’t know it themselves is that 99% of the jobs in Germany require you to know German. The other 1% are the Major enterprises which have more international ties. How brainless would be if you come to a country like Germany and again just utilize 1% of it because you were too lazy to learn German? To draw out 100% of Germany’s job market’s potential, learning German is an absolute necessity and the sooner you start doing that, the easier it is going to be for you to begin a safe and stable life here. There are plenty of ways that you can start learning German. You can pick a language institute in your locality where you can sit down along with a class and learn the language, you can come to Germany to learn German here or you can learn online. Even online there are paid and free resources and you can definitely check out both to see which one would fit you better. I have known Michael from smarterGerman from quite a while now and after experiencing the quality of his A1-B1 Online Course, I can easily recommend you that, but if you want to opt for free resources, you can check out different the following links:

The only problem with the majority of the free resources is that you have to be smart in organising the resources and checking from where you can learn what. A good way to utilize the free resources would be to buy a book for level A1, A2 or B1 and orient your language learning according to those books. But if you find it too difficult, purchasing an online course will also be very effective because you can learn at your own pace and you would be able to save at least 2 hours of time every day that you would have otherwise spent in going to the language school and coming back.

In the end, I can’t care less about how you learn German, but I do care that you take the initiative of learning German and not get sweet talked by the people who claim that it is going to be easy to get a job in Germany without learning German because that’s not the truth. People even struggle with finding internships without good German proficiency, getting a full-time job is a whole new level. So, start acting on your dream to come to Germany because this literally is the best phase for picking up your roots and shifting to this country of opportunities. Everybody is trying to help you to do that, the Government, the media, I and my community, but if you wouldn’t take the first step, all of these resources would again be of no use. If you still have any questions or concerns, you can also always write to me through from the Contact tab on this website.

How to Study Mechanical Engineering in…

Its good for us .

when is this new laws in effect ?

Sir, I am living at jagraon pb
hére most of the people apply for canada and Australia so professionals are available and provide their services like apply and guidance only for these countries
so please can you guide or recommend me the suitable one for German job seeker visa and study Visa.
I am assistant professor in Education college
my Qualification is M.Sc.Geography, M.Ed in special education and M.Phill in Education
and 12 years experience
thank you

What should I do to go to Germany. I am a staff nurse.. Please tell.

Yes…. German Language is super mandatory.
Thanks Bharat for this another great newsletter.

Thanks for very important news stories. Though may not be easy but please try to create Indian-German interactions on various issues.

i m working as a operations assistant in logistics company after rule change i can go also germany for job seeking dosent matter my profession is in demand or not ???

Hello! I am a master student of GISMA business school berlin Germany and I will like to bring my kids down here to stay with me. what is the processes and how long can I stay in Germany after my one year program? we I need to fund my block acc again to after my masters?

Hi sir how are you?

I read your blog and saw your video on youtube as well. I was trying to come germany since last year. But unfortunately i didn’t get any of the right person who is rligible to do this. I saw your video and understand everything whatever you have said.
Bro i am living in UAE since 2013 up to now and i want to move from here. Can you please guide me in the right way to do that ASAP.
I will really appreciate and thankful to you for always.

I read your blog and saw your video on youtube as well. I was trying to come germany since last year. But unfortunately i didn’t get any of the right person who is rligible to do this. I saw your video and understand everything whatever you have said.
Please sir. I am working in UAE for 1 year now and i want to move from here. Can you please guide me in the right way to do that .
I will really appreciate and thank for the information

Helloo,Good day.i was deported from Germany two months ago,and I want to come back to look for a job I have Italian soggiorno 5 years.please me how to go about it